Holiday Party Etiquette 101- Or LACK THERE OF?

Things we CAN do and can NOT do at our Company Christmas parties!

You are here: Home / Robin Marshall / Holiday Party Etiquette 101- Or LACK THERE OF? 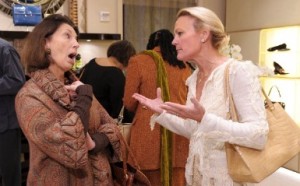 There are certain things you CAN do, at your Company Christmas party, … and certain things you can NOT do!  The first thing you can only HOPE to accomplish, is to stay until one hour before ‘Last Call,’ because THAT is the hour that holds the most ‘Dish!’  Unfortunately in My case, I never make it that far, and have to hear all the ‘water cooler talk’ – next day at the Water Cooler! LOL!

Firstly, you must never act like you’re an employee, while at this affair, because your co-workers will call you a ‘Kiss up,’ or more likely another word, not as nicely put!  Then again, you must act respectfully to your senior employers, just to remind them, that while we’re drinking along side of them, we still REMEMBER the food chain!   It’s an art, that imaginary line in the sand follows you where ever you go.

Drinking is next.  We must always remember at what time exactly, we had that first drink, and then pull from our non-existent HS math memories, searching for ratios and geometrical formulas, so that we can divide the amount of drinks by the amount of hours we plan on staying, while justifying each drink in a ‘word problem!’ It’s amazing how much alcohol can be consumed while talking about nothing!  Even MORE amazing, how ‘talk of nothing’  becomes ‘talk of SOMETHING’ in the blink of an eye! So bring a calculator.

For years, I’ve been attending Radio Station Christmas parties, mostly in NYC, but more often than not, where ever the radio station exists, one rule stands firm: NO SPOUSES ALLOWED.  Do you know how many years it’s been, that I’ve been coming up with excuses for my husband??  I tell him, “company policy, … boss just wants to keep it intimate,… can’t afford… it’s a ‘bonding’ thing,…no room at the inn,”… and on and on.  It’s to the point where even I don’t believe the words that come out of my own mouth!  The minute Thanksgiving is over, I CRINGE, ’cause I know- it’s Coming!

Last night as I was getting dressed for the company party, turning left, turning right in the mirror… checking to make sure no lipstick on my teeth, matching jewelry to my dress, shoving an extra pair of stockings in my purse, (no ‘x-rated’ reasoning here, I just notoriously rip the pair I’m wearing), my husband says to me, “Now HOLD on a second.  How many years have I nodded my head, and said, Go! Have a good time, NO PROBLEM that I’m not invited too!”  In my head I’m thinking, “Ok, HERE we go. Only took him 25 years to get to this point? I should actually be GRATEFUL, that I had all those years of no grilling!”  My response this time was, “Honey- I’m NEW here!” Inwardly, I’m patting myself on the back, thinking, “Whoa- that was a GOOD one!”

I get to the party, and I’m sitting with other on-air women and men, and all of a sudden they SEE it. One by one, my coworker’s mouths are starting to hang open in shock! I, being the NEW one, am baffled by what’s happening at my table, and ask each person there, “WHAT!”  Silence.  Again I say, “WHAT IS IT!”  One on-air mouth shuts, and turns her head- another mouth closes and looks at that on-air person, and the third table person says to those two, “WHO is THAT?”  By now, I’m squirming in my chair, because I don’t get it, but I WANT to get it?

The story unfolds, that two employees were sitting across from us, at a nearby table, and they each had the nerve to bring DATES. WHAT??  I just used up the last and best excuse EVER, to my husband! Now, I could no longer justify it, upon returning home!  Have I mentioned that I’m a lousy poker player?  There might as well be a mirror reflecting all my cards to my opponents, so I know I’m gonna’ have to tell him this truth.  “Steve? Someone brought a Date to the ‘Date-less/Spouse-less event.’

This has become my new Pet Peeve.

We Suffer, leaving our spouses behind, making excuse after excuse, which by the way causes TONS of anxiety, and then someone else decides to make their own rules, and bring whoever they want! I don’t GET it.  Apparently, neither did the rest of my table.  This instantly became a Seinfeld episode, not exactly an HR issue, but sure did fill the ‘water cooler’ bill!  I think I was the only one there, that wouldn’t have known the difference, since I basically know NO ONE that well!

I got home, yawned, looked at the kids, fed the dogs, and skirted my husband!  Never told him!  MY LUCK- he’ll read this blog.

Previous Post: « To Mistletoe or NOT to Mistletoe-
Next Post: These Kids Explain What Christmas REALLY Is All About. »