New Job on the air winds up making me sick!

I blamed my new boss for the way the radio station sounded in my headphones only to find out, it wasn’t the headphones with the problem.

You are here: Home / Robin Marshall / New Job on the air winds up making me sick! 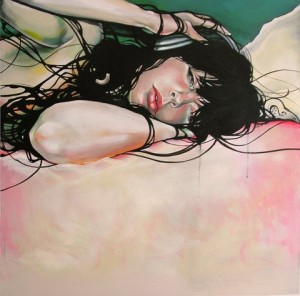 Day ONE- I told him I felt there was something wrong with the compression in the studio!  LOL! Nothing like coming in, and being PRISSY?  His words, after the THIRD time I said something were, “Hmmm…Never had a complaint like this before??”

I kept the ‘NYC Robin,’ – ‘in check,’ and then proceded to finish up my shift, go home, and wound up screaming because I coudn’t take the noise level of the TV’s, dogs, and kids.  I felt like maybe this city has different decibel levels??Can you imagine: I was comparing Long Island to Charlotte, “how many feet above sea level are we here, versus there??”

Nancy Drew came out right about there– “hmmmm…?”

“I’ve been complaining of loud sounds, since we got to Charlotte- …hmmm? “

My dogs literally had me spiraling over the edge with their barking today, so much so, that I finally decided to go to the doctor.  I saw my girls faces, when I told them where I was going. They might as well have all done the fist in the air, with the “YES!”  I guess they knew something was wrong, even though I didn’t!

‘Double ear infection that looks like it’s been hanging around for a few weeks,’ was the prognosis.  That explains the NOISE issue, and low tolerance issue, and it saved my dogs from a life on the street… but now I have to figure out a way to tell my Program Director, that it Isn’t His Station, with the Problem.  It’s his new jock.